Youth Exchange is a project designed for young people to share their views, ideas, perspectives, attitudes and to learn how to work together and become enriched by their differences. From 10thto 17th of August Be International was taking part in a youth exchange named Share Your Story. United Kingdom, Czechia, Italy, Montenegro, Russia, and Georgia participated in this project, each sending six young people, eager to learn. This project was financed by Erasmus+ and hosted by the British organization African Youth Arise.

We bring you a report from one of the participants and members of our team, Taher Kebab. Enjoy this pleasant reading!

As a bonus, you can look at the video the participants made during the project, asking people from all over the world about their dream! Watch here.

The project took place in Georgia, close to Tbilisi, the capital city. The aim of the project was to celebrate diversity of the world and invite people with ethnic minority backgrounds to increase awareness about ethnic minorities and explore the difficulties they face while encountering with the dominant culture. In order to reach the aim, art and media tools were used.

On the first day, the participants arrived and got to know each other with some intriguing name games and welcome round.

Later we focused on making bridges and creating bonds between the participants, so they can work together more easily in the upcoming days.  It was important for everyone to feel comfortable in the group to share their stories with ease later on. During the evenings the facilitators made sure to give the participants space to do what they like and invite the others to join them for a movie or dancing sessions which made the group bond even more. 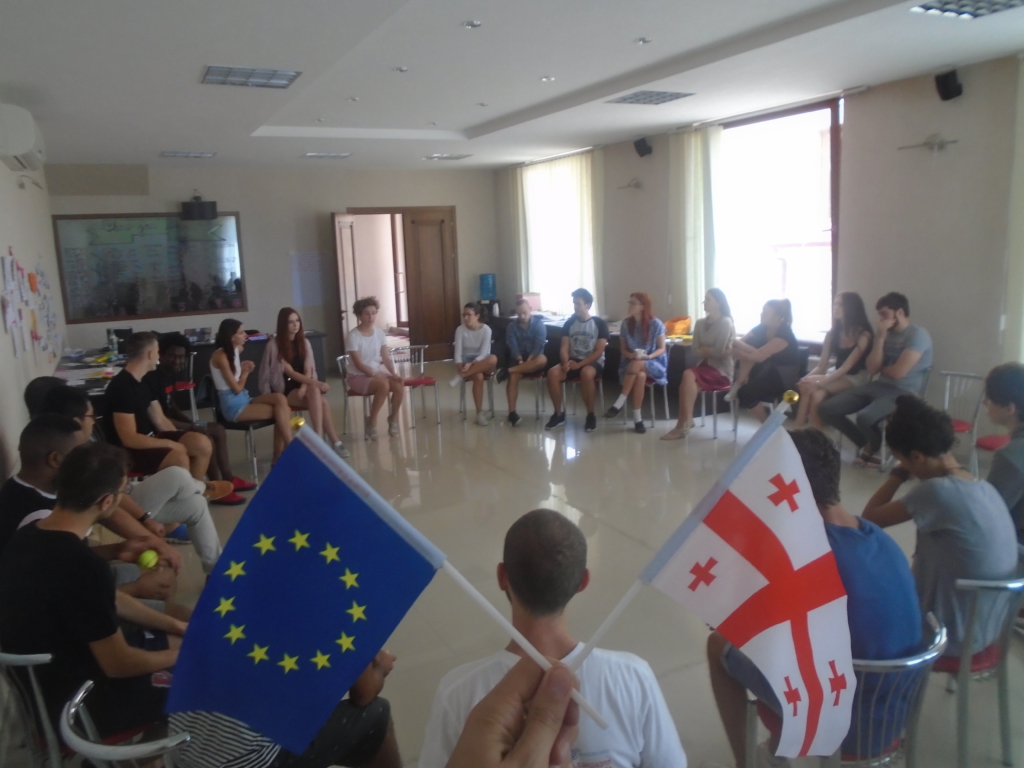 The third day was an important day. It started with a workshop about Story-telling which taught us how we can effectively pass the message to the audience and make bigger changes, to understand what a good story means and to be able to write down a good quality personal story, which smoothed the way for the participants to start their stories to share in the Human library.

What is a Human library?

Usually a library has books, and you go there to find out some info about veganism for example. So you will pick up a book that has the title “Veganism” and start reading and learn some information. In Human library, there is no books, but people. Each of these people has a ‘title’ for example ‘a Syrian living in the Czech republic’.  Instead of reading, you will hear a story from this person about how the person is living in Czechia while he/she is from a different culture. Afterwards you can ask questions.

Human library gave the participants space to share their stories they had because they are a minority in the place they live now. This space can help them in the future, to share their problems when they face some. It empowers them not to be quiet, but to speak up and fight for their rights. 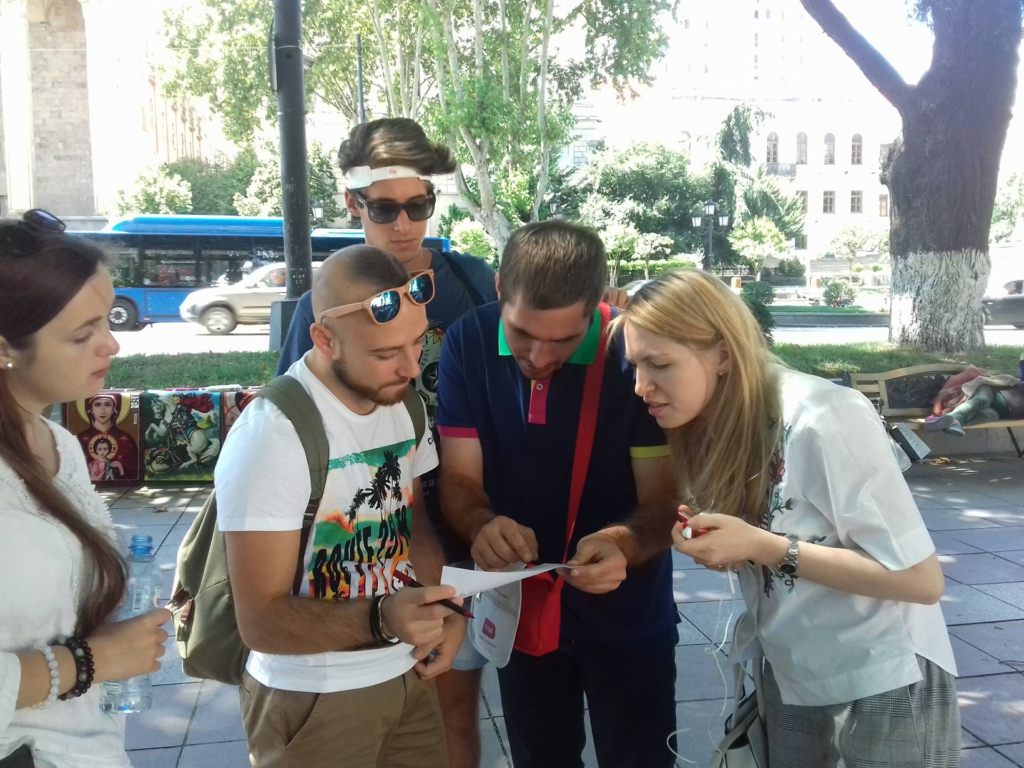 The next day we went to Tbilisi to rest after the challenging day of Human library. We played a city game and then we had a free time in the city till the evening.

The following morning, learning was on again, through the method of Open Space.

It is an activity where participants can lead a workshop on whatever they want! It is a space to share whatever they would like to share with the others (some people taught basics of Arabic, others taught some traditional Russian dancing, some shared how to speak in public, others shared how to write a good article in a newspaper, and much more).  Later that day we were divided into groups to work on the final event. We formed four groups; the musical group, the dancing group, the singing group, and the art group. 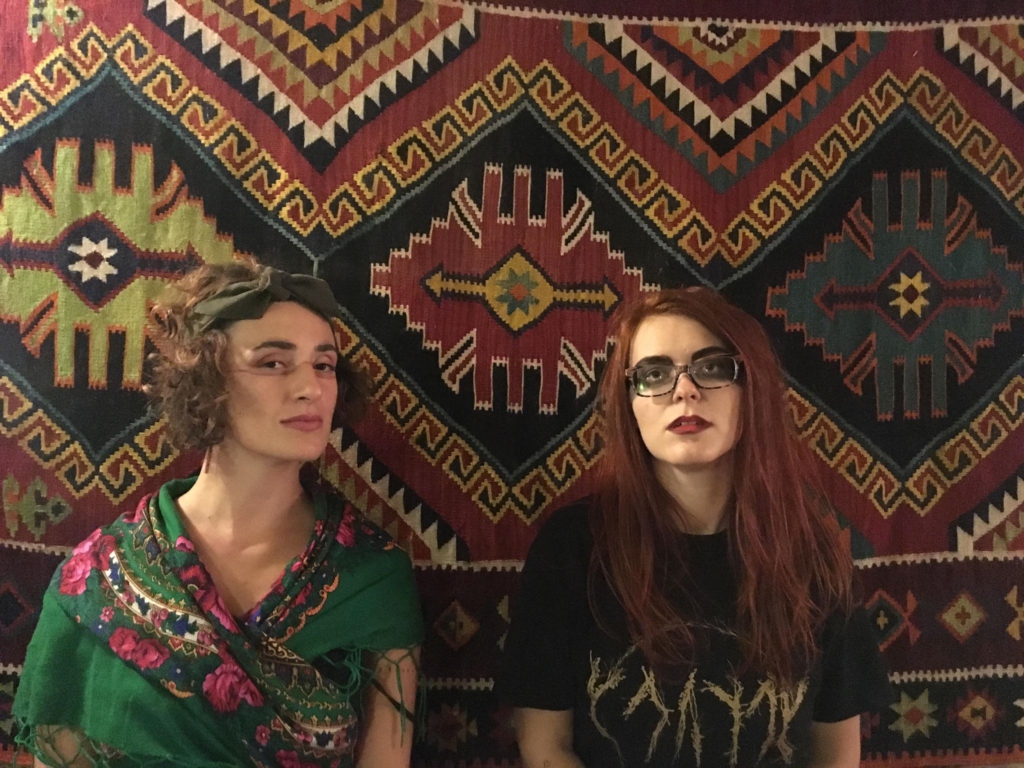 The final event took place on the last day of the youth exchange. The gates opened at six pm and many people from Tbilisi arrived. All the participants performed dances and music and showed drawings that they prepared. The mood was joyful the whole evening and the event was a huge success!