3rd day, Everybody Welcome, report of the day

The morning session was dedicated to the situation with migrants in our countries. We made presentations about same basic facts about migrants / refugees, their integration, civil society, media and politicians and their role in the migrant crisis. After creating the presentations, we shared our experience. 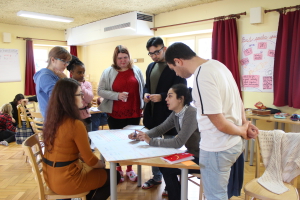 After the morning session, we came to Brno to visit the only official mosque in the Czech Republic. We had a very interesting debate with a young man coming from Syria living 18 years in the Czech Republic and involved in the project organized by Be International called Syreczech. We discussed the topics like: the current situation of Muslims in the Czech Republic, the connection between Islam and terrorism or political context in Arabic countries. 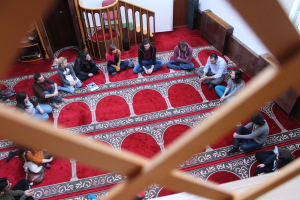 Later in the afternoon, we visited a cool café, called Bajkazyl, which enables the work for socially excluded young people. We were sightseeing the city centre and then we went for a vegan dinner to a chilly café called Tři ocásci which also helped the migrants during the crisis. 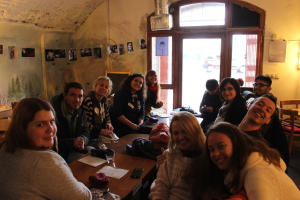