At the end of September, Be International hosted a group of 9 youth workers, educators and human rights activists in Brno during a job shadowing. The job shadowing is a part of a long term project CauCAN – series of activities that aim to strengthen human rights education in South Caucasus region.

Georgian, Armenian and Azeri participants were shadowing the core team of Be International and had presentations, study visits and sessions about various topics with a strong accent on media literacy, mass communication, and educational games.

Right on the second day, participants got acquainted with the concept of consensus as a tool of effective management, which Be International is based on. They loved the idea of practical implementation of equality in the management. ”It was a perspective that it’s possible for an organization to function without a director, but rather running it with consensus. I have many ideas about this topic and I feel inspired. I think I will develop a workshop or an activity about the topic” – says Elene, participant from Georgia.

Mari told us about gamification, which really is a THING in Be International. ”We have played two educational games regarding media literacy and data protection and we had a chance to analyze the rules and possibilities of creating such games. These games were created by the participants of the EduBoards training course in Estonia some weeks ago and facilitated by our trainers. During this activity, we realized that everyone can create a game and then share it with others. Through media literacy games, we learned how to fight against fake news and propaganda by arguments and discussions and found out more about data protection.” 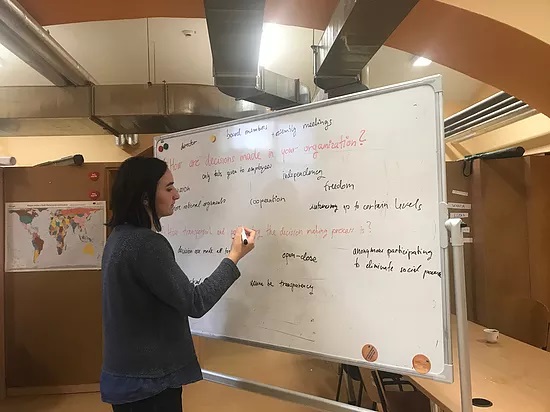 Gudrat told us a couple of words about implementing this learning experience in the youth work curriculum. He especially appreciated the day when they visited Radio R broadcasting. ”During the creation of youth work curriculum related to human rights, it is important to include communication skills. This can be face-to-face skills or communication via mass media such as radio. During the day I concentrated on these ways. I can apply them when I work with the younger generation.”

On the next days, the participants had a chance to get to know FakeScape, an organization based at the Faculty of Social Studies who developed a game to raise media literacy at high school. They played the game and afterwards observed how the game is run in an actual classroom at a local high school.

The general impression of these 7 days that participants spent in Brno was very positive – from the educational perspective, as well as from the perspective of getting to know the city and the country. 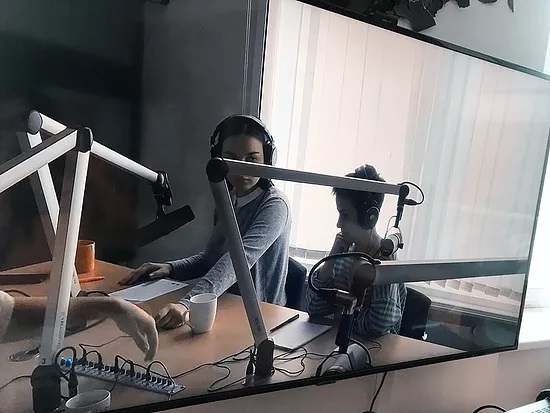 The game on data protection the participants tested was developed at a training course EduBoards, which was implemented by Shokkin Group Estonia with the support of Estonian National Agency “Noorteagentuur” under the Erasmus+ programme.